Four games into the season and already you felt Saturday’s game was an absolute must win. With the opening day win over Leicester followed by two away defeats, where we conceded five goals and scored none, the pressure is already on this team. Admittedly Bournemouth at home should be a banker for three points anyway, but with Chelsea away looming ominously this weekend, we simply could not afford to drop points.

I was slightly surprised that Wenger stuck with the 3-4-3 formation, simply from the point of view that we have absolutely no cover at the wing back spots. I’m not upset that we’re sticking with it, I think it’s the best formation for the players we’ve got, but I doubt we’ll be able to stick with it once injuries hit.

For now though, Kolasinac finally got to take up his preferred position on the left, Bellerin on the right. Koscielny and Mustafi, despite Wenger trying to flog the latter, played at the back with Monreal, while Xhaka and Ramsey kept their places despite their awful games at Anfield. Welbeck, Özil and Lacazette formed the front three, with Alexis notably being left on the bench.

Early goals settle nerves and with a stadium full of disgruntled fans, it was a good thing that Danny Welbeck managed to convert his header from Kolasinac’s cross. The Bosnian left back showed exactly why we bought him, with a nice interchange with Ramsey followed by a storming run and clipped cross right onto the head of Welbeck. The ball arrived slightly behind Danny, so he did well to get his header back across and into the corner of the net.

Özil had a goal bound free kick pushed away by Begovic and Arsenal were in complete control as Xhaka fired just over the bar a few moments later. The second goal was inevitable and came from a thumping finish from Lacazette. Having scored on his debut, had a legitimate goal ruled out at Stoke and been bizarrely dropped for the Liverpool debacle, the French striker proved his quality once again. Welbeck laid the ball off to him after Ake failed to knick the ball away and left Lacazette with the space and time to despatch the ball from just outside the area.

A dodgy back pass from Mings to Begovic nearly resulted in another goal for Lacazette and at half time, any discontent that could have reared its head had the team not performed had been quelled.

Our defensive frailties made a brief reappearance at the very start of the second half as we somehow allowed a cross to find the head of Defoe. Fortunately his effort cannoned off the post and just minutes later, we added a third. Ramsey played the ball into Welbeck on the breakaway and from the left corner of the box, Danny cooly slid the ball across the keeper and nestled it in the far corner. It was a really excellent finish and hugely encouraging to see given his struggles with finishing in the past. He could have had a hat trick too, but his chip over the keeper later on drifted just wide.

It’s a bit difficult to know how to react to this game. On the one hand, a win is a win and you’d have to be a miserable sod not to enjoy it. The team played well, beat what was in front of them and you really can’t ask for much more. From that point of view, everything is good and we can all go home happy.

On the other hand, Bournemouth really didn’t turn up and we know this Arsenal side has a lot of weaknesses that the visitors failed to expose. The performance against Liverpool is not one that’ll be quickly forgotten and with Chelsea away on Sunday, we know there’s every chance that a repeat performance could be on the way. It’s difficult to enjoy this victory with that on the horizon.

Chelsea are not unbeatable, far from it. We’ve proven as much in the Cup Final and Charity Shield games, while Burnley sunk them in their only home game this year. Our problem hasn’t been playing against Chelsea really, we have a reasonable record against them recently, but not at Stamford Bridge. Our away record against the top six is beyond atrocious and that’s why Sunday’s game seems so daunting.

Before that though, we’ll hopefully see some of the fringe players and young stars as we make our Europa League debut on Thursday night. It’s still difficult to accept that we’ll be stuck playing in the League Cup of Europe this year, but it may be that this competition offers our best chance of getting back into the Champions League next year. 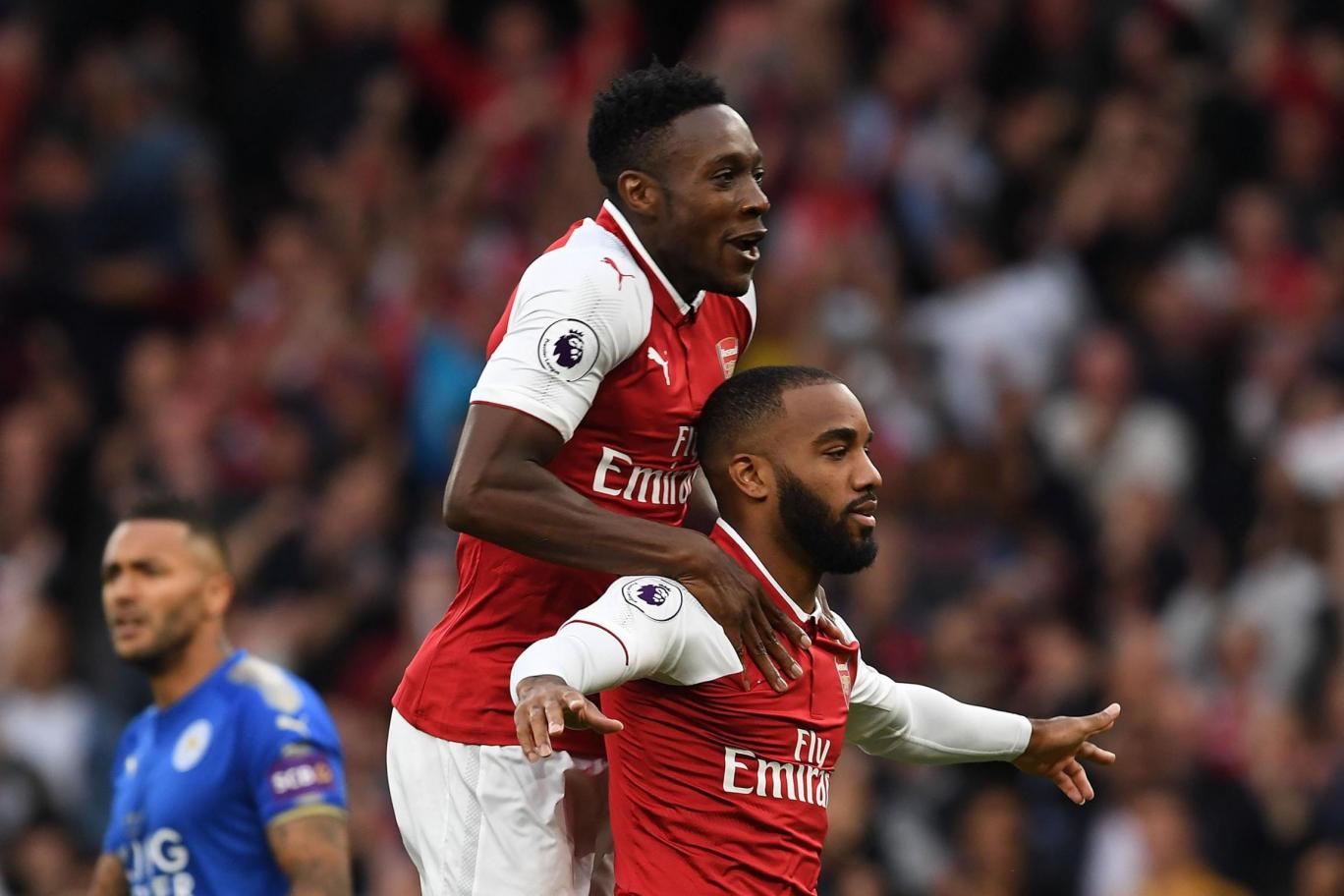 Cech - 7/10 - Had nothing really to do, made one good save
Bellerin - 7/10 - Back on the right where he belongs
Mustafi - 7/10 - Not a busy day for him, probably just as well
Koscielny - 7/10 - Looked to be struggling with injury towards the end, which is a worry
Monreal - 7/10 - Did fine, again, not much to trouble him
Kolasinac - 8/10 - Lovely assist for Welbeck, absolutely must stay out on the left
Xhaka - 6/10 - Very unconvincing again, looks to be lacking confidence and purpose
Ramsey - 7/10 - Better, picked up an assist and held his position a lot more
Özil - 8/10 - Excellent, helped to pick apart a rather hapless Bournemouth team
Welbeck - 9/10 - If he finds form and stays fit, he’ll be a huge asset to us
Lacazette - 8/10 - He’s a ruthless finisher and he should start every single game
Subs
Coquelin - N/A - Came on, ran around, did a dead fish flop and went off injured
Giroud - N/A
Alexis - N/A