How Could The Gunners Line Up With Nicolas Pepe

Written by Daniel Cowan on 02 August 2019. Posted in Sterling Display 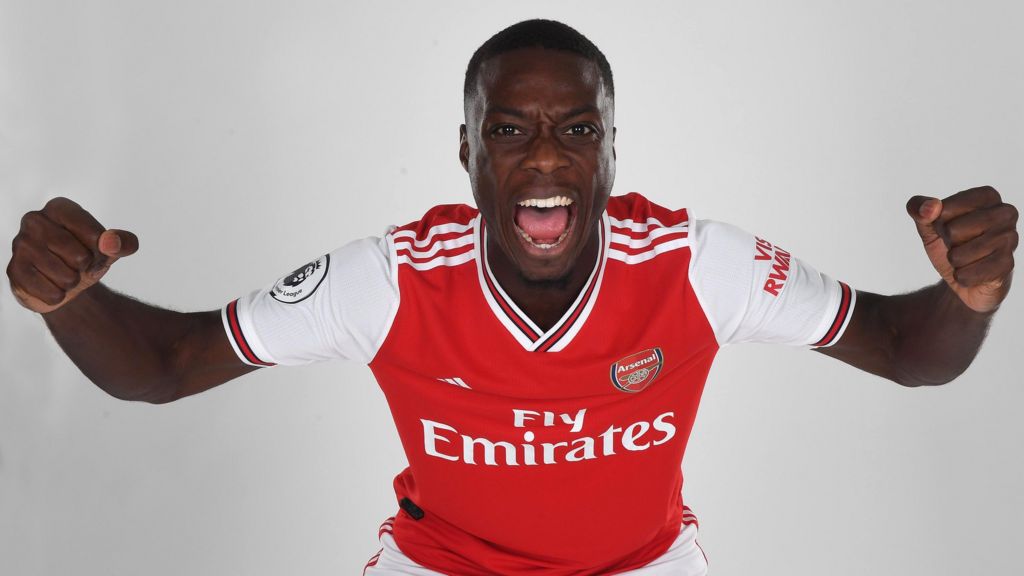 It has been a marvelous summer of business at the Emirates for Arsenal and Unai Emery, and while the fans may be unhappy with the lack of defensive signings brought in; they would be enthralled to see a front line including Dani Ceballos and Nicolas Pepe.

The signings will ensure that the Gunners will start their season as the outright favourites to beat Newcastle United in their Premier League opener, and punters should take advantage of the vipbonuscode.com offer to maximise their returns on a first win of the new season.

The loan signing of Ceballos from Real Madrid was an astute bit of business to replace the departed Aaron Ramsey. But, it’s the signing of last season’s second-highest scorer in Ligue 1 that has caught all the attention. Despite only reportedly having a transfer budget of £50 million, the Gunners have splashed out the best part of £80 million to bring in Pepe; who is widely regarded as one of the best wingers in the world for his age. His speed and directness will add a new layer to a position that most believed to be well covered. While his goal-scoring ability was only matched by a certain Eden Hazard at Lille over the past 20 years. It is strange to see how fans can be so unhappy with a top-class signing arriving at the Emirates. Let’s see how the new forward line could line up.

This three behind a central striker would be enough to scare the lives out of all 19 other Premier League sides. The dynamic passing that Ceballos brings, along with his ability to drift into areas of the field where midfielders and defenders would become confused as to who picks him up will create space all around the forward areas for Pepe and Aubameyang. The duo are speed merchants and will immediately mean that the Gunners will boast the quickest wingers in the division. It’s unlikely that Emery will give them any defensive duties and instead let them focus on creating and scoring the goals the Gunners need for a top-four finish.

Both players registered over 20 goals last season, which means there are plenty of goals in both players, and with the passing ability of the loanee then there is no reason why they can’t at least match their tallies from the previous season.

The Frenchman remains one of the most feared strikers in the Premier League, and there is perhaps no other forward in the division that you would want a chance to fall to. Lacazette was voted as the fans’ player of the season last term as he registered at least ten goals in a season for the sixth straight season. He will likely lead the line and find the space in the box to tuck away chances created by the wide players when they get to by-line. The forward line could be the perfect recipe for success at the Emirates this season.