Is Arsenal a Step Closer to Signing Pepe?

Written by Miles Wickford on 10 March 2019. Posted in News & Transfers

It is well known that Nicolas Pepe has been on Unai Emery's radar for some time now, but it seemed unlikely that Lille was going to release the young attacker. However, it appears that manager there Christophe Galtier might be having a change of heart after he spoke about the 23-year-old, and bets.co.za takes up the story.

There is a lot of interest in the player, but the Gunners are accepted as one of the front runners, with many other Premier League clubs sniffing around. However, it did seem that his current club was going to be putting up a fight.

This week, however, Galtier seems to have come to terms with the progress of his man and spoke on the subject at length saying "It's difficult to keep these type of players in our league. When the biggest clubs in Europe call you, it's really complicated. If Nicolas keeps going like this and improves his statistics by the end of the season, he will be on the shortlist of all of Europe's big clubs. The player's desire is also important. I am sure that, if the moment comes, everything will be very transparent. We will all try to find the best solution possible.” 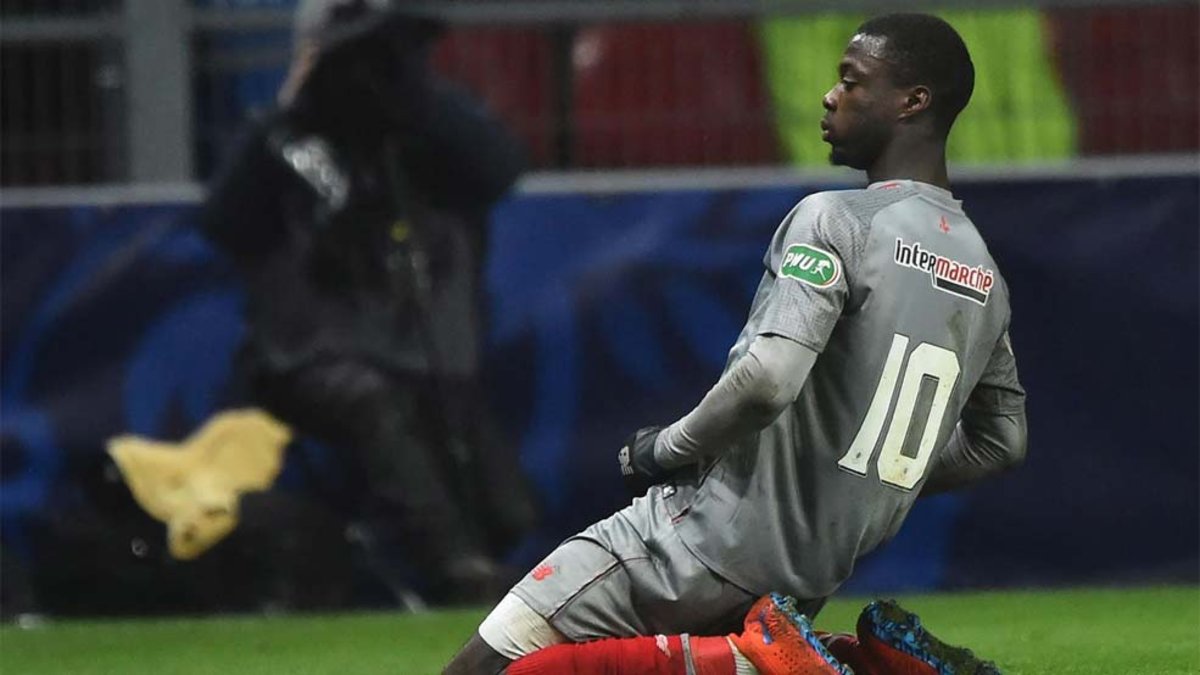 This will undoubtedly be good news for Emery although the president of Lille football club, Gerard Lopez has also made it clear that his young charge comes with a hefty price tag. He is not about to let him go unless the price is right and has stages that he is looking for at least £43.3m. He confirmed that they had turned down one bid at that level and also a proposal of £68.8m from China because the player himself did not want to go there. So at this point, it remains unclear how much the team would have to pay to secure the player, but they are not alone in the battle as Manchester United is also in the running. The young player has a record worth competing for with 16 goals and eight assists in his 26 league matches, but the competition might be fierce as Barcelona, Bayern Munich and Paris Saint-Germain have all expressed an interest.

Arsenal would undoubtedly have liked to get the player on side before now, but they couldn’t afford the fee in January, and the winter window saw Emery limited with signings, so the timing wasn’t right then either. In that period he did bring in Denis Suarez who remains with the club until the end of the season. It looks likely that they will be making a bid for Pepe just as soon as they can, and we are pretty sure the fee will not put them off either. Chelsea would have been in the running if it were not for their FIFA ban, so Pepe is a player with a lot of choice at this stage, and it will be interesting to see which other clubs put their money down and where the player chooses to relocate to.